An article in Friday’s (November 21) Minneapolis Star Tribune by Dee Depass points out the infatuation that the financial community has over the recent turmoil at Starkey Hearing Technologies—and the possibility that the privately-owned company could become a merger and acquisition target. The article quotes Bernstein analyst Lisa Clive as saying the recent firings at Starkey, including that of long-time President Jerry Ruzicka, “increases chances that [company founder Bill Austin] would entertain discussions about a takeout — and all the hearing aid players would take a look at Starkey.”

The article also quotes Rajat Saxena, a medical device analyst for California-based Grand View Research, as saying “Because of so much happening, I believe Starkey is in trouble…They may not really wish to go ahead and sell their business, but they have had no top management for more than two months now. And there are lawsuits and investigations happening, so things may change very soon. It is a very aggressive global market at the moment.”

The Hearing Review requested a comment from Starkey about the STrib article, and VP of Marketing Chris McCormick e-mailed a reply via their PR firm: “Industry analysts commenting on Starkey Hearing Technologies have no inside knowledge of the company and therefore their opinions are speculative. We are not in any discussions with anyone with regards to the sale or acquisition of Starkey.”

I have to believe McCormick is right. While it is certainly true that the loss of Ruzicka, CFO Scott Nelson, and VP of Operations Keith Guggenberger represents a huge structural/cultural shock, it should be noted that the company has many talented managers. Understandably, employees are keeping their heads down, as these types of purges can take 12-18 months to work themselves out. But Starkey is in pretty good shape. The reality is that Bill Austin calls the shots. And Bill’s pretty good at that. Unfortunately, his rather messy and public divorce of years past may eventually pale in comparison to this divorce from Ruzicka et al.

However, Austin owns 91% of the company; his employees own the rest. Whatever your opinion may be of him—and, in our industry, that generally runs the gamut from philosophic saint to eccentric egomaniac—he remains the heart and soul of Starkey. Along with Phonak’s Andy Rihs and Widex’s Topholm and Westermann families (whose fathers founded the core of their companies and now, by various degrees, they are assuming smaller roles in management), Austin is the only founder of a global “Big 6” player to lead his company into the “disruptive technology age.”

From an industry historical perspective, Austin has survived the 1960-70s era dominated by single-line dispensing chains, made his mark by helping inspire the ITE revolution of the 1980s, adapted to the new digital era of the 1990s, and played a significant role in the forward consolidation (eg, establishing Audibel) and RIC/RITE revolution of the 2000s. In short, his own success story as the “little-guy-who-could-and-did” isn’t far off the mark. He thrives in the midst of change. The apparent reason he devotes his life to Starkey and its Foundation (along with wife Tani) is he derives a huge amount of personal satisfaction from it and believes in what he’s doing. Until that changes or something forces his hand, it’s hard to believe any serious talk about an acquisition.

Not that it wouldn’t be tempting. As the STrib article correctly points out, Starkey is probably worth between $1-1.5 billion. Hearing Review estimates that the company has a worldwide market share (in units) of around 11% with a considerably stronger presence in the United States—bolstered by its increasing share in VA hearing aids at the expense of its chief rival in that space, Sonova (owner of Phonak and Unitron). Sonova has seen its VA market share fall by about 10-15 percentage points in the last 2 years, due to the VA’s opening of its bidding process and Starkey’s ascent there as the only global manufacturer with its headquarters in the United States. The fastest growing of the “Big 6” companies are currently Sivantos and GN, with organic growth rates of around 6-10%, compared to around 3-5% for the others (although it should be pointed out that both William Demant and Sonova are experiencing headwinds due to tougher competition from Cochlear and a slowdown in their implant divisions).

The hearing aid industry is ripe for consolidation, with a total of six players holding some 95% of the world market. No one player holds more than 25%. Even most industry executives admit that consolidation would make sense; it’s just not practical due to the ownership and make-up of the companies. It should be noted that Sonova almost acquired GN in 2006 for $2.6 billion—until a German court nixed the deal on the weird basis that it would create an “oligopoly in Germany” (that ruling that was later called “unlawful,” and GN unsuccessfully tried to sue for reparations). Siemens placed its hearing instrument division for sale on at least one occasion, attracting the interest of several industry players (including some retailers), prior to last November’s $2.67 billion purchase by EQT and the Strüngman family who renamed it Sivantos.

But, in this case, my bet is that McCormick’s statement is correct, and Starkey will remain Starkey as long as Bill Austin has anything to say about it. —KES 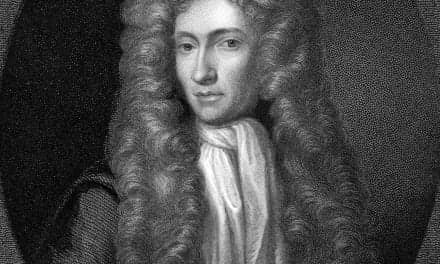 Back to Basics: An Open Letter to Hard-of-Hearing Musicians