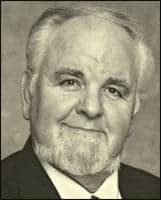 Jay B. McSpaden passed away on March 31 at age 79. A number of touching comments can be found in the Comments section at the end of his obituary which was published last week. The following are two notes from leaders of the International Hearing Society.

Dear Editor: I am proud to have called Jay a colleague, mentor, and good friend. Our relationship began in the early 1980’s when I heard Jay speak for the first time at a Tri-State Hearing Convention in Portland Oregon. Before that point I was under the impression that audiologists and hearing aid specialists could never collaborate. Jay was the first person I ever heard say that more unites our professions than separates them.

I spent many years on the International Institute for Hearing Instrument Studies (IIHIS) with Jay. His intelligence and wit contributed greatly to the work of the institute. As it became difficult for him to travel I would lend any assistance needed This often involved pushing his wheel chair from meeting to meeting.

When Jay could no longer get around I finished his term as Governor of the International Hearing Society for the Pacific region in his place, a true honor. To this day I often repeat some of Jay’s favorite sayings, or “Jayisims”. My two favorites are “the second thousand times you do something will be easier than the first thousand”, a quotation I live by and “the sign of a good leader is finding your qualified replacement”.

The group we refer to as hearing professionals, regardless of the alphabet soup behind their name, will be forever be in debt to Jay. I will miss him and our frequent phone conversations terribly.

Dear Editor: Dr Jay McSpaden arrived in Oregon from Texas in 1977 or 1978 and started teaching at Oregon State University. I took my first college credit class from Jay that first summer in retro-cochlear disorders. At the time, I had no idea that the brain had a stem. Practically none of the tests we studied are used today; if we suspect a problem, the ENTs will order an MRI.

Since those days, Jay always encouraged all of us to pursue our studies and become the best in hearing instrument dispensing. Teaching classes for us locally with the Oregon Hearing Society, the Tri-State Hearing Convention, nationally and internationally with many state/provincial societies as well as the International Hearing Society (IHS).

Jay was an active member of IHS, serving admirably on committees as well as the IHS Governor in the Pacific territory. It was in this capacity that he asked if I would step in to serve as the president-elect for IHS.

Jay was always the mentor, the friend, the teacher. He will be missed for his wisdom and compassion to help us help those we serve.

I say, Jay, God Bless and Semper Fi, my friend.