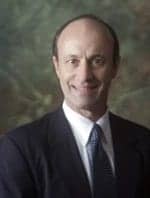 A recent HR article by Beck and Flexer showed how “listening is where hearing meets the brain.” The present article follows this conclusion and reviews evidence for how music and music training have the ability to change our perceptual abilities—and even physically change our brains.

Normal human hearing is pretty good, ranging from 20 Hz to 20,000 Hz. Of course, for humans to actually perceive 20 Hz or 20,000 Hz, the intensity of sound would have to be rather unbearable and, indeed, dangerously loud! Nonetheless, normal human hearing is totally adequate for human speech perception (which is arguably second in line to perceiving warning sounds indicative of immediate impending danger). 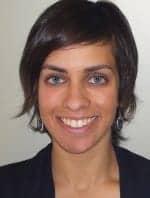 Douglas L. Beck, AuD, is an audiologist and director of professional relations at Oticon Inc, Somerset, NJ, and Anjali Bhatara, PhD, is a psychologist and a postdoctoral fellow at the Université Paris Descartes (Sorbonne Paris Cité) and the CNRS (Laboratoire Psychologie de la Perception) in Paris, France.

However, despite being perched at the top of the food chain, human hearing pales in comparison to many other animals, primates, and fish. For example, despite similar low frequency abilities, the high frequency hearing of many breeds of dog can reach 45,000 Hz, cats can hear up to 64,000 Hz (although they don’t care), rats hear up to 76,000 Hz, bats are amazing at 110,000 Hz, beluga whales can perceive 123,000 Hz, and porpoises can hear up to 150,000 Hz (see www.lsu.edu/deafness/HearingRange.html). So clearly, being at the top of the food chain appears to have little correlation with our limited ability to hear.

What does seem to matter a great deal is the ability to listen. Beck and Flexer1 reported that dogs, despite having extraordinary hearing, are not very good at listening (of course, we anticipate receiving letters about this). Even the smartest dogs can only respond to perhaps a dozen words. Sorry to say, but in general, canine cognitive abilities are significantly rate-limited, thus providing evidence that extraordinary hearing in the absence of listening skill does not provide a promising career path (ie, you’re still a cat, a dog, a porpoise, etc).

However, humans have extraordinary listening ability (defined here as “applying meaning to sound”), derived from our second-to-none cognitive ability and capacity. Humans organize sounds into meaningful phonemes, sentences, and paragraphs. Despite tremendous variation in the exact same word spoken by children, men, and women with various accents, spectral content, amplitude, and other acoustic variation, humans can identify the word and apply meaning to it. Humans speak hundreds of languages and, regardless of the language chosen, the human brain wraps itself around that language and organizes itself while continually applying meaning to sound. Humans can even “time travel” constantly, clearly thinking and speaking in terms of the past, present, and future. As Beck and Flexer1 noted, “Listening is where hearing meets brain.”

Therefore, although human hearing is relatively limited, human listening is extraordinary. In this article, we investigate the hearing and listening ability of humans who maximize their auditory skills: musicians.

Of course, musicians hear pretty much the same as everyone else. However, their listening skills are often superior to those of non-musicians in many respects. Assuming musicians do have superior listening skills (more on that below), for some, the first question is the “chicken versus egg” or “nature versus nurture” problem.

Specifically, the first question is: Did the musician start life with a brain different from the non-musician, which caused the musician to seek musical expertise, or did the brain of the musician develop differently due to significant exposure to music? Although this question has no definitive answer at this time, Merzenich2 noted as one “learns to listen” through motivation, practice, and intention, neurologic changes occur. Further, we believe exposure, interest, experience, knowledge, and—most likely—practice impact the outcome.

The second question is: How much practice? Sorry to say, but 10,000 hours is just about right. That is, 4 hours daily for 2,500 days (approximately 7 years). Indeed, that’s what it takes to become an expert in just about anything from chess to gymnastics, swimming, football, math, biology, dance, and more.3,4

Therefore, precisely because musicians spend 10,000 hours developing their skills, their brains undergo “involuntary auditory (re)habilitation.” Clearly, the rationale behind 7 years of practice wasn’t (directly) to change the brain; the purpose was to become a musician. However, it appears that after 10,000 hours, the brain of the musician develops finely tuned neurons and associated neuronal pathways that lead to an auditory memory or auditory memory trace, with listening skills that “carry over” to the real (ie, non-musical) world. Neurologic representations of significant acoustic sensory stimuli are referred to as engrams.5

Musicians attentively listen (apply meaning) to the musical sounds that have the most importance (to them) while non-musicians more or less hear those same sounds. Drummers listen to drums, piano players listen to piano, violinists listen to violins. That is, after extraordinary training, musicians can listen to their sound of interest within a cacophony of noise as those sounds directly impact/stimulate/tickle engrams deep within their brains, which recognize, process, and replicate the stimuli (nearly) effortlessly, assuming one is an expert.

Nikjeh et al6 stated musical training influences the central auditory nervous system (CANS), and as musical knowledge and experience increase, so too does the modulation of the CANS.

In another recent paper, Parbery-Clark et al9 reported musicians are better at making sense of speech in challenging acoustic environments relative to non-musicians. They compared 16 musicians to 15 non-musicians with regard to the Hearing-in-Noise Test (HINT) and the Quick Speech-in-Noise Test (QuickSIN). Musicians’ performance was superior on both speech-in-noise tests, and musicians demonstrated better working memory as well as superior frequency discrimination ability. George and Coch10 took it a step further and reported musicians have enhanced working memory in both auditory and visual domains. Kraus and Chandrasekaran11 wrote that music tones the brain for “auditory fitness.”

Music training for children is likely to cause the most dramatic effects due to greater brain plasticity in younger children than older children or adults. Accordingly, researchers have performed longitudinal studies with respect to musically training a group of children over the course of several months and comparing them to age-matched controls. Moreno et al12 showed that 6 months of musical training improved the reading ability and perception of speech pitch across a group of 8-year-old children. Thompson et al13 reported music training improved perception of emotion in speech in adults and children, and musical training may result in enhanced processing of speech sounds in children relative to age-matched peers with no musical training. Kolinsky et al14 reported improved identification of lexical stress among native speakers of French (a language with no lexical stress) secondary to musical training. Schellenberg15 showed a positive correlation between music lessons and IQ/academic ability in children between the ages of 6 and 11 years, even after controlling for factors such as family income and parental education.

Inherent ability and personal motivation are likely important factors, too, in the difference between musicians and non-musicians. For example, between two groups of Finnish children with similar amounts of musical experience, those who showed better English pronunciation skills had a more pronounced electrophysiological response to changes in musical stimuli, as well as higher scores on a musicality test.16 This implies that it may not be musical training itself, but perhaps some individual differences among the children that contributed to enhancements of auditory perception and processing. 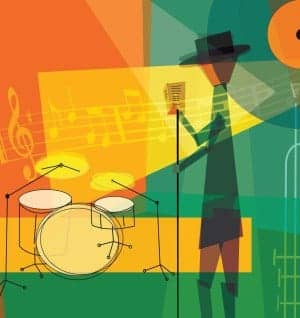 Why does musical training have such far-reaching and diverse benefits? Hannon and Trainor20 argue that this may be because music training improves attentional and executive functioning skills.

Musicians also show different pre-attentive brain response patterns to stimuli in regions other than the brainstem. In fact, musicians demonstrate superior pre-attentive auditory processing as shown by mismatch negativity (MMNs) recordings obtained in response to mistuned chords.26 In a comparison of musicians’ and non-musicians’ N1 responses obtained while processing voiced versus unvoiced consonant-vowel syllables, non-musicians showed a difference in processing between these two while musicians did not, implying musicians have developed a different response pattern to incoming speech.27 Musicians also show enhanced responses in the hippocampus to new and unusual music.28

Musicians often demonstrate structural differences in the brain. For example, musicians often have increased gray matter in the auditory cortices29 as well as Broca’s area,29-31 the left primary sensorimotor cortex and right cerebellum,32,33 visuo-spatial areas,32 and the hippocampus.34

Although some people may argue musicians become musicians because they have a predisposition for it (see above nature versus nurture discussion), a longitudinal study of children receiving weekly keyboard lessons over 15 months showed increases in the physical size of motor and auditory areas of the cortex, and no apparent changes in the control group.35

However, it is not just musicians who learn to listen attentively. In 2011, Gordon-Salant and Friedman37 reported an extraordinary study comparing listening ability of three groups. Group One was comprised of young adults ages 18 through 30 years with normal vision, Group Two included adults 60 through 80 years who had normal (or normally corrected) vision. Like Group Two, Group Three also included adults ages 60 through 80. However, all members of Group Three had been blind for 20 years or more. Gordan-Salant and colleagues presented time-compressed speech in noise tests to the three groups. The group that performed best was Group Three—the blind adults. Indeed, the members of Group Three performed most similarly to Group One, the youngest sighted adults. The implication is the blind adults learned to listen attentively. That is, as their need for additional sensory input increased, they learned to listen more attentively to the sounds they heard.

Although the words “hearing” and “listening” are sometimes used synonymously, their true meanings are “orders of magnitude” apart. In this brief article, we have reviewed how the human brain physically, physiologically, and cognitively changes in response to sensory input, motivation, and intentional cognitive pursuits. That is, human brains are highly adaptable (ie, neuroplastic) and they change constantly based on sensory-driven, bottom-up external stimuli, as well as top-down cognitive pursuits and personal motivation. The neuroplastic potential of the human brain appears almost unlimited, given appropriate circumstances and opportunities. Thus, we believe this discussion supports the strategic, purposeful, and intentional pursuit of auditory habilitation and rehabilitation for many people with hearing loss, as the potential of auditory interventions, too, appears almost unlimited.

Correspondence can be addressed to HR or Douglas Beck, AuD, at . 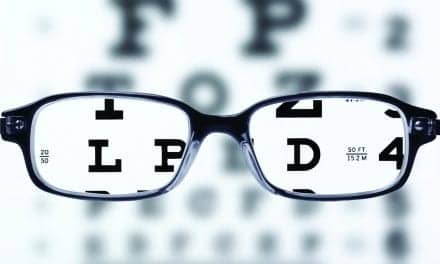 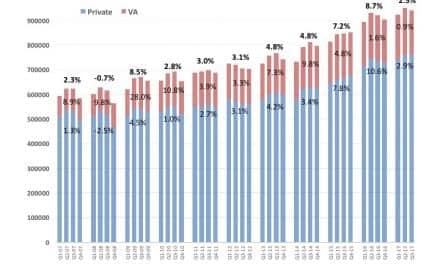 Back to Basics: Working “Outside the Booth” Is Fun