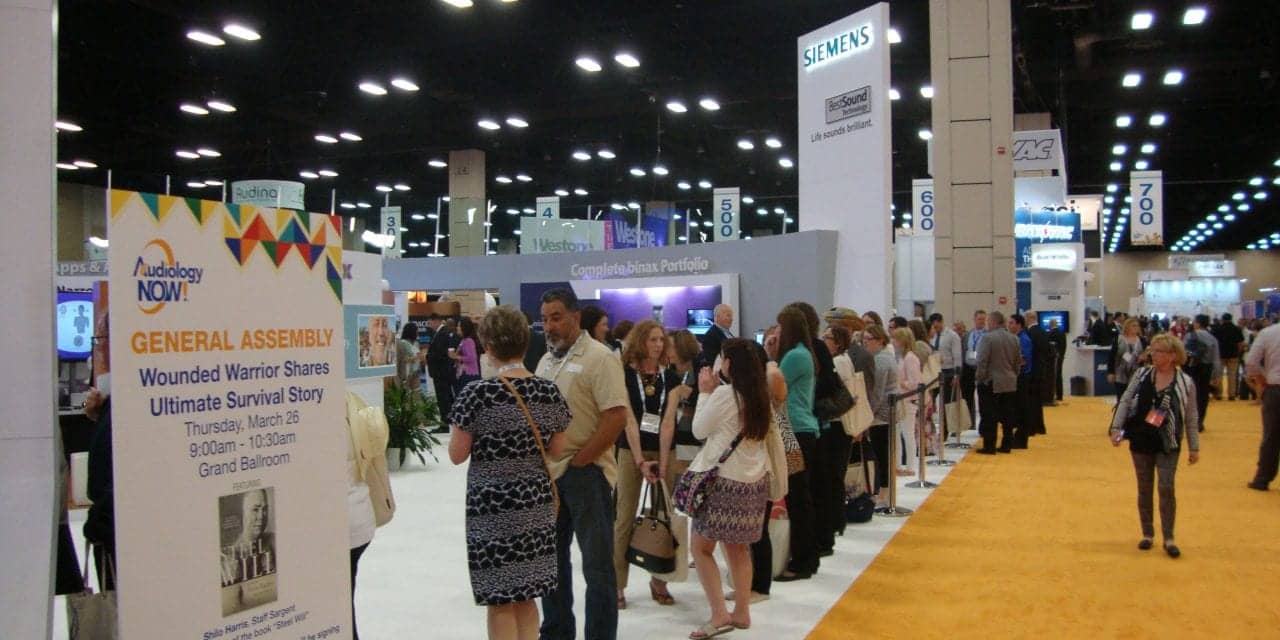 Siemens sponsored the keynote speaker for the AudiologyNOW! general assembly, Staff Sergeant (Ret.) Shilo Harris, who kicked off the AAA 2015 convention with a moving presentation about his experiences in Iraq. The lone survivor of a Humvee explosion that occurred during his tour of duty, Harris recounted his lengthy and painful recovery from severe burns and his related injuries, including hearing loss.

Attendees waited in a long line to get a signed copy of Harris’s book at the Siemens booth.

“Of all my injuries, my hearing loss is my greatest handicap,” Harris told the audience gathered in the assembly hall at Henry B. Gonzalez Convention Center in San Antonio, Texas. His story serves as a poignant example of just how emotional hearing loss can be.

Harris’s compelling story has been published in a book titled Steel Will: My Journey Through Hell to Become the Man I Was Meant to Be, and copies were available at the Siemens booth, where Harris conducted a book signing.

Attendees who were able to make their way past the throngs of people who queued up to meet Harris and get a signed copy of his book, were able to see Siemens’ new Insio binax, and the full lineup of binax hearing aids that were on display. Many sat down to try out the company’s Ocean Waves therapy signals for tinnitus treatment. Siemens also produced a video that explains their new offerings at the convention.

GN ReSound’s LiNX2 was the featured product in the company’s exhibit hall booth at the AudiologyNOW! 2015 convention.

GN ReSound’s LiNX2 was featured at the company’s booth at the AudiologyNOW! convention.

Previously described in a March 3 article in Hearing Review when the first ReSound LiNX2 launched, the product is the next generation of the company’s made-for-iPhone (MFi) hearing aids with wireless smart hearing technology. The ReSound LiNX2 is intended to provide wearers with a natural and advanced hearing experience through the company’s Surround Sound by ReSound™, Spatial Sense™, and Binaural Directionality™ II features.

During a visit to the GN Resound booth at AAA 2015, CEO Anders Hedegaard commented that even 5 years ago we couldn’t have predicted how far the industry has come with wireless streaming for hearing instruments, adding that the company’s growth over the last 2 years has been boosted by the initial launch of LiNX in February 2014, as previously reported in HR.

The Widex exhibit booth appeared to be quite busy at any given time, and featured its Dream family of hearing aids, with a special focus on its Dream CIC Micro, as well as the company’s Fashion Power instruments designed for people with have severe-to-profound hearing loss.

A musician at the Widex booth used a keyboard to demonstrate how the company’s technology helps musicians enjoy the listening experience.

Of special interest at Widex’s AAA exhibit booth this year were the company’s technology advancements geared to improved listening for musicians. The Widex exhibit included a “Hearing Aids in Harmony with Music” bar where attendees could listen in on headphones while a professional musician played a keyboard to demonstrate how the Widex hearing aid technology is designed to improve the listening experience for people who love music.

The BrainHearing platform was featured in Oticon’s booth at the AAA 2015 convention.

The bright blue BrainHearing displays at the Oticon booth were eye-catching. As described in a previous article by Douglas L. Beck, AuD, in Hearing Review, current technologies and aural rehabilitation programs from Oticon are designed to support BrainHearing, aimed at maximizing the ability of the ears and brain to work together by preserving and delivering natural acoustic information. Oticon A/S President Sören Nielsen told Hearing Review that Oticon’s new Inium Sense processing platform which powers the Alta2, Nera2, and Ria2 Performance Line of hearing aids is designed to strengthen the argument that “hearing care is healthcare”—what happens in the brain has the potential to impact overall health, including cognitive function.

An Oticon audiologist uses a giant cell phone display to demonstrate how the company’s ConnectLine app can help tinnitus sufferers.

Tinnitus treatments also were featured heavily at the Oticon booth, where a giant cell phone on display was being used to demonstrate how one can stream sounds directly to a smartphone using Oticon’s downloadable ConnectLine App. According to Oticon audiologist Melinda Saban, AuD, the app allows hearing aid users to wirelessly stream music and adjust sound levels for television and other listening environments.

One can also use a cell phone to access Oticon’s new Tinnitus SoundSupport, which offers a selection of soothing sounds that help ease the symptoms of tinnitus. With a few taps of the phone, one can select ocean waves or gentle rain, among other listening options, or access easy-to-follow breathing exercises for additional tinnitus therapy. Saban explained that the selection of sounds or the guided breathing exercises, which can be accessed through a phone, can help the tinnitus sufferer’s brain to relax and focus on something other than the ringing or buzzing effects of tinnitus. “Oticon is all about the brain,” Saban said.

One of the biggest attractions over at the Phonak booth was the CROS II hearing aid display, which was set up with rows of headsets so that AAA 2015 attendees could sit and test-drive the benefits of the CROS II for those with single-sided deafness.

Phonak wasn’t the only one of Sonova’s brands to display new products. The booth for Unitron, another Sonova brand, was displaying its latest version of its Receiver-In-Canal (RIC) Moxi hearing aid family simultaneously across five performance levels, and introduced its all-new North platform of hearing aids. Unitron VP of Sales Jason Mayer and Director of Audiology Don Hayes told Hearing Review how North’s SoundNav™ technology automatically identifies and classifies seven distinct environments, four focused specifically on conversation. Unitron’s new Log It All—available in North, Moxi, and Flex—is designed to capture and display a patient’s experiences with their hearing instruments across seven environments regardless of technology level. 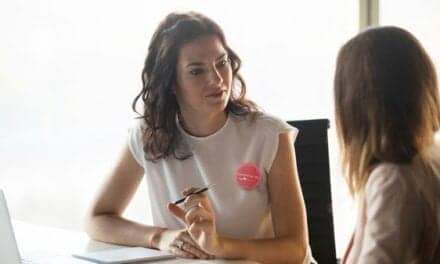 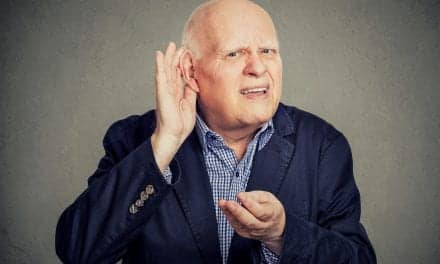 “Whattage” at the Deli Counter 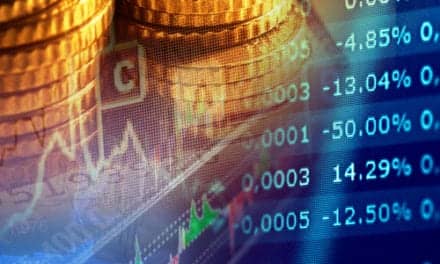