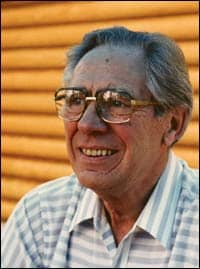 Hans Kunov, PhD, is professor emeritus at the Institute of Biomaterials and Biomedical Engineering, University of Toronto, Canada

Madsen was a prominent engineer, industrialist, and a pioneer in the field of diagnostic audiological equipment. He was born in 1923 on the island of Fyn in Denmark. During World War II, he went to high school in the city of Struer, and after graduation he joined a then-small radio manufacturer by the name of Bang & Olufsen. Today Bang & Olufsen is very prominent in high-end home entertainment systems.

After the war, at age 23, Madsen joined another Danish radio manufacturer, Mads Olesen, in the large fishing port of Esbjerg, where he designed and manufactured marine radio equipment for 5 years. At the time, the most advanced radio electronics were designed mostly for military applications, while the nonmilitary marine electronics were limited mostly to two-way radio and some early navigation beacons.

In 1951, Madsen founded the first State Hearing Centre in Denmark; later, he established similar centers in Sweden, Norway, Finland, and Germany. These centers were advanced clinical facilities with audiological, otolaryngological, pedagogical, and technical experts, designed to diagnose and treat people who had hearing loss.

In 1955, Madsen started Amplex and named his first product, the OB1, after the Danish audiological pioneer, Ole Bentzen, who had persuaded him to design and produce an audiometer for his hearing center in Odense. He sold the company to the Krogsø family in 1960, who later renamed the business Kamplex (it later became Danplex, then Rexton Danplex).

At the same time, Madsen also worked as an independent consultant and developed the first two-channel audiometer in Europe. He formed a team with Otto Metz, PhD, Knud Therkildsen, PhD, and another engineer, Knud Scott Nielsen, in the effort to develop a clinical instrument to measure middle-ear function. The instrument, known as an acoustic impedance meter, was a success.

Madsen founded Madsen Electronics A/S in 1960 to manufacture the world’s first commercial acoustic impedance meter (the ZO 60). The principles of this instrument are still used today in various impedance (immittance) audiometers—now a standard of care in most audiological clinics worldwide. He brought his instrument to North America and quickly convinced some of the top US clinicians, including James Jerger, PhD, that the technique was clinically efficient and effective. Both the concept and the testing device became a major success.

To better serve the North American market, Madsen established Madsen Electronics Canada in Oakville, Ontario, in 1970, and a year later moved to Canada himself. His business grew rapidly, and he received an Industrial Achievement Award from the Province of Ontario in 1981.

During the 1970s and 1980s, Madsen became well respected worldwide as he traveled extensively, presenting and teaching hearing health care professionals how to perform impedance and auditory evoked potential tests in patients of all ages. By the mid-1980s, the company was also producing equipment that measured insertion gain (real ear measurement).

He sold both the Danish and Canadian Madsen Electronics companies to GN Danavox (GN Otometrics) in 1990, and shortly thereafter started a venture with a colleague in Thailand. They began marketing audiometric equipment in the Far East, notably China—a market that he had personally developed throughout the 1970s. In fact, he was one of the first Canadian businessmen to recognize and develop these emerging markets and introduce the new audiological technology to these regions.

In 1991, Madsen was invited to join the University of Toronto as an adjunct professor. Professor Madsen took a very active, inspirational role in the Biomedical Acoustics Research Group (now known as the Sensory Communication Group). Together with Hans Kunov, he founded Poul Madsen Medical Devices Ltd to help commercialize research carried out at the university. He first developed the concept of a multifunctional audiometer combining puretone, speech, immittance, OAE, and evoked potential (EP) audiometry in one instrument, and implemented it in the AAS-9000 system. Notably, the instrument included multifrequency ASSR, a concept that would later become known as Multiple Steady State Response (MASTER).

The Biomedical Acoustics Research Group included university professors, visiting scientists, and many master’s and PhD students, including Yuri Sokolov, PhD, who joined the group in 1996. All members of the group admired Poul for his encyclopedic knowledge of audiology and diagnostic equipment. You could ask him any question, and he would not only answer it, but also provide an extensive and comprehensive overview of the history and background of the issue. Students, in particular, loved Professor Madsen for his altruistic help with their research, term projects, and theses. What impressed us most was that we would often discuss some idea in the afternoon, and the following morning Poul would bring in a prototype to the lab, which he had built in his home workshop overnight. He would say, “OK, here it is. Let’s test it!”

Professor Madsen’s efforts were instrumental in the early stages of the first Heffernan/Co-Steel Innovation Scholarship project that led to the development and formation of Vivosonic. We discussed the ideas, and built and tested numerous prototypes, electronic solutions, and algorithms. With Xinde Li, MSc, who joined the group in 1997, we developed the signal-processing technology that now allows Auditory Brainstem Response (ABR) testing with no patient sedation and anesthesia.

Madsen was a remarkable friend and colleague, and he was phenomenal company. He always brought his wonderful sense of humor to any task, and it was great fun working with him. Celebrating holidays or simply sharing a nice weekend with Poul were true pleasures.

A naturally driven worker, Madsen worked hard to the last day. On Friday, November 13, we worked intensively the entire day, testing OAE probe prototype variations to eliminate “system distortion” at high stimulus levels. The next day, while Madsen was driving on a highway, his aortic aneurysm eventually burst, causing his death within hours, despite his youngest son’s heroic efforts to bring him to the nearest Toronto hospital and all the efforts of the surgical team. His death came as a great shock to all at the university, especially those who knew his inexhaustible energy and optimism.

We will forever remember and miss Madsen, a great friend, colleague, and important industry innovator.

Correspondence can be addressed to [email protected] or Yuri Sokolov at . 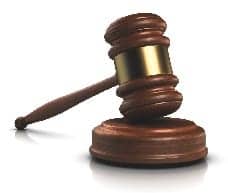 “Casting the Victim as Villain”: A Perspective on Starkey Trial in Bloomberg Law 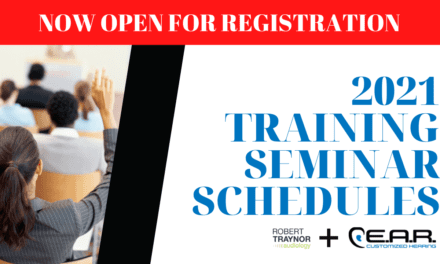