“The consumer isn’t a moron;

she is your wife.”

Or husband! Ogilvy was a legendary figure in advertising, and having worked early in his career for George Gallup (of Gallup Poll fame), was a master at appreciating the people he directed his advertising to. While consumer buying habits have changed over the many years since he wrote that quote, his point remains true: We must respect our customers’ intelligence and preferences, and constantly adapt to how they want to be served.

As we consider present and future marketing tactics, we would do well to learn some important lessons from history. Let’s map the customer’s journey, look at Baby Boomers in particular, and review some points for engaging the customer of today.

US Industry Is in Flux

What happened to such big boys as Borders books and Blockbuster Video? They failed to recognize and address changing consumer buying methods. The same can be said, unfortunately, for many mom and pop business lines. The neighborhood grocery store, clothing store, hardware center, toy store, stationery store, and solo private medical practice are all examples of businesses that are being replaced by consolidation and more convenient shopping offerings.

The moral: As the customer changes, so must we change. Research shows that customers have more control today than they have ever had before. They make the rules! We must recognize that it is perilous for us to care about things that the consumer no longer does.

Starbucks CEO Howard Schultz has said that, in the 1960s, if you introduced a new product in America, 90% of the people who viewed it for the first time believed in the corporate promise. Then 40 years later, if you performed the same exercise, less than 10% of the public believed it was true. The fracturing of trust, he said, is based on the fact that the consumer has been let down.

Josh Bernoff, senior vice-president of Forrester Research, adds that empowered customers are disrupting every industry.1 He contends that competitive barriers like manufacturing strength, distribution power and information mastery can’t save you. In this Age of the Consumer the only sustainable competitive advantage is knowledge of and engagement with customers.

Past History: The Ages

Roughly speaking, we can divide the last century into three ages:

Age of Distribution. From 1960 to 1990, global connection and transportation systems led to success for companies like Wal-Mart, Toyota, UPS, and CSX.

Welcome to the Age of the Consumer

We are now in the Age of the Consumer (2010-?), where power is coming from engaging with empowered customers. Success appears to be with companies like Facebook, IBM, Best Buy, and Apple.

No organization can avoid coming to grips with the rapidly evolving behavior of consumers and business customers. Today’s consumers check prices at a keystroke and shop multiple sites before ever scheduling an appointment. They are willing to post glowing or searing online reviews based on any and every encounter they have with your practice.

Many of the companies cited above are still alive. But for how long? No company is immune from losing its competitive edge. Those that best acquire, understand, engage, and retain customers in a collaborative loyalty loop will survive and rise.

For our industry, that means putting the consumers in the center of everything we do and engaging them in the process of finding a solution for their problems. We cannot address Baby Boomers—who distrust every retailer—the way we treated the Greatest Generation, who tended to rely on expert advice to make their decisions. Today’s consumer needs to feel that he or she is in control of the entire process, from exploration to purchase to post-purchase.

Waning brand loyalty. In this Age of the Consumer, the customer is more powerful than the brand. Shoppers trust each other more than the entities they buy from.

Businesses can piggyback on the natural trust consumers have for each other by incorporating their words into their own branded content. This means gathering video and written testimonials, and using them in your print and digital advertising. Encourage customers to “like” you on Facebook. Actively solicit referrals from satisfied customers.

The digital medium has brought transparency to prices and made it easy for anyone with a computer or mobile device to quickly find the lowest price for any product. Clearly, the average dispensing practice cannot compete with Big Box stores on price. We need to create other compelling value drivers that appeal to consumers. Our expertise, our level of customer service, and the quality of our staff all can create value that consumers want.

Advertising’s new role. Advertising’s role in this new world becomes not just a demand driver, but also a counterbalancing force to price as the main determinant of consumer choice. Advertising plays a key role in building consumer demand. And it can create the willingness for consumers to buy a more expensive “premium brand” rather than a lower priced alternative or a generic or private label brand.

Enter the aging Baby Boomers, people born between 1946 and 1964. Boomers are indeed special for all businesses, and particularly for hearing care professionals—because aging often means hearing loss. Statistics indicate that 77 million people fit the Boomer profile. The first Baby Boomer turned 65 in January 2011. Moreover, an American turns 50 every 7 seconds.  That is more than 12,500 people every day!

The senior age group is now, for the first time, the largest in terms of size and percent of the US population. According to AARP, by 2015, those aged 50 and older will represent 45% of the US population. The US Census indicates that, by 2030, the 65+ population will double to about 71.5 million. Finally, by 2050, the number of Americans aged 65 and older is projected to be almost 89 million—more than double its 2010 population of 40 million.

So this is a large and growing group of potential customers for us. Moreover, the 55+ age group controls more than three-fourths of America’s wealth. Boomers and seniors have a net worth 3 times that of younger generations. Boomers’ median household income is 55% greater than post-Boomers and 61% more than pre-Boomers.

Health-conscious and willing to spend for it. Pre-retirees feel that enjoying retirement and making sure their spouses are taken care of is a bigger focus than leaving an inheritance. In the next 10 years, US Baby Boomers will increase their annual spending on wellness-based services from approximately $200 million to $1 trillion.

Americans 55+ are the fastest growing age group among gym members, up more than 266% since 1987. Throughout 2013, more than half of US online consumers used fitness electronics, and more than one-third planned on buying a health-related gadget in 2013.

What Boomers want. In general, Boomers want us to show an interest in them, their life, and their family. They want us to be authentic and to tell a compelling story. They do not want to be called “senior” or “Boomer”! Their feelings, they say, are more important than our logic. They want independence and a sense of control.

For us in the hearing care industry, the implications and potential of all of this are enormous. But we have to shed some “old thinking.” For example, instead of treating “hearing impairment” in our “white coats,” we need to recognize Boomers as consumers and message that we have products and services that will solve their (hearing) problems.

Instead of touting that our waiting room mirrors that of a primary care physician, we can show that we have modern technology and that we really care about our patients and the need to serve them.

Key Touch Points for Your Practice

In this Age of the Consumer, we at American Hearing Aid Associates (www.ahaanet.com) are proponents of several key touch points for hearing aid practice owners and managers:

This article is based on a presentation given at

AHAA’s annual convention earlier this year. Parts of it were based on an excellent report by Forrester Research, first issued to its clients in June 2011.

Original citation for this article: Soika T, Connerton B. Succeeding in the age of the consumer: Placing the consumer at the center and engaging them in the solution-finding process. Hearing Review. 2014;21(9):22-24. 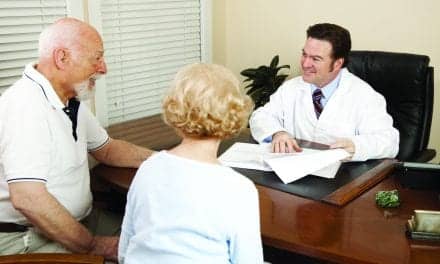