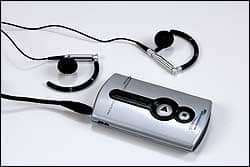 This article was submitted to HR by Teri Sinopoli, MA, director of clinical services at Neuromonics USA, Bethlehem, Pa; Paul B. Davis, PhD, an audiologist in Freemantle, Australia, the inventor of the Neuromonics Tinnitus Treatment system who has researched the effects of tinnitus for more than 15 years; and Peter Hanley, PhD, CEO of Neuromonics in Sydney, Australia. Correspondence can be addressed to Teri Sinopoli, Neuromonics Inc, 2810 Emrick Boulevard, Bethlehem, PA 18020; (866) 606-3876;

When tinnitus becomes a constant disturbance rather than just an occasional perception, a comprehensive rehabilitation approach is required that addresses the audiological (hearing loss), neurological (adaptive response/”central gain”), and psychological (attention and reaction) aspects of the condition. By targeting all of these aspects together, a therapy is more likely to provide consistent and rapid improvements in tinnitus awareness and disturbance.

This forms the basis for the development of the Neuromonics® Tinnitus Treatment. This article describes current thinking about the causes of tinnitus and how the Neuromonics therapy works, and highlights data from current peer-reviewed studies.

Subjective tinnitus is the presence of sound heard in the absence of an external sound source, localized to either ear or throughout the head. Epidemiological studies estimate that there are 40 million Americans who experience tinnitus and, of these, 10% to 15% have tinnitus that warrants medical evaluation.1

Chronic tinnitus—or tinnitus that lasts more than 6 months—is often associated with other comorbidities, including insomnia and anxiety, which contribute to its impact on quality of life.2 Because it is most bothersome at quiet times, tinnitus can greatly disrupt sleep patterns, relaxation times, and concentration. Stress almost invariably makes tinnitus worse, but the overbearing experience of chronic tinnitus is also stress producing, so it can be a self-perpetuating problem .

Causes of Tinnitus and Central Gain

Recent research has shown that tinnitus is not simply an ear problem, but a neurological condition. Current thinking is that tinnitus involves the normal background neural activity in the hearing system—or “internal noise” —which is always present but not usually noticeable because normal hearing ensures that external sounds are louder than this internal noise. Hearing loss disturbs that natural balance, “uncovering” the internal noise.

What seems to make tinnitus disturbing is how the brain responds to the damage that has occurred with hearing loss.3 The brain automatically attempts to compensate for the hearing loss by turning up the sensitivity of the hearing system (a process referred to as central gain4). This results in the perception of this neural activity as sound; it also commonly results in decreased sound tolerance. Additionally, the brain engages a filtering mechanism that results in the tinnitus being readily detected among other signals along the auditory pathways.

Research by Hallam5 in the 1980’s and later by others, including Tyler and Babin,6 Tyler and Baker,7 Henry and Wilson,8 Coles,9 and Hazell,10 elaborated on tinnitus therapies that aimed for habituation or desensitization. These approaches seek to address the neurophysiological and psychological aspects of the condition, typically with some combination of sound therapy and counseling11 in order to reduce the disturbance associated with the patient’s reaction to his or her tinnitus perception.

The rationale behind the use of sound therapy in the treatment of tinnitus is that sound can make the tinnitus less noticeable to the patient, providing relief and thereby reducing the negative reaction to the tinnitus perception. A wide range of approaches have been used, including:

Australian audiologist Paul B. Davis, PhD, developed the Neuromonics technology as a consequence of his own experience with tinnitus nearly 15 years ago. While recognizing the merit of approaches that combined sound therapy with counseling, Davis discovered that the available options were characterized by a lack of consistent clinical efficacy, efficiency, and/or user acceptability. He investigated ways to make sound-based treatment more efficient and pleasant to use by addressing the audiological, neurological, and psychological aspects of the condition.

Neuromonics Tinnitus Treatment uses a spectrally modified and customized broadband acoustic stimulus. The acoustic customization takes into account each patient’s unique hearing and tinnitus profile, allowing stimulation of a broad range of auditory pathways at a comfortable listening level. The customization is performed separately for each ear to allow a broad frequency stimulus (up to 12.5 kHz) at a low-volume overall listening level, allowing for any asymmetry in hearing thresholds.

The treatment also takes into account loudness sensitivity considerations so that the listening experience is both pleasant and comfortable. The use of relaxing music as part of the acoustic stimulus—spectrally modified to account for individual hearing loss in each ear—positively engages the limbic system, facilitating a beneficial emotional response and compliance with treatment.

The effectiveness of the customization process can be seen when measuring the listening volume required to cover up the tinnitus, which averaged 16 dB lower for the customized stimulus than an equivalent noncustomized stimulus.14 This is a large difference because 6 dB represents an approximate doubling of loudness. This is a key aspect of this treatment and distinguishes it from the use of broadband noise generators and noncustomized music. With these latter approaches, patients commonly report that the volume becomes uncomfortably loud before they can achieve any appreciable interaction with their tinnitus perception.

The dynamic nature of music used as part of the Neuromonics stimulus also allows the patient to experience intermittent exposure to his or her tinnitus perception. Experiencing repeated, momentary exposure to the tinnitus perception in the context of a relaxing and pleasant listening experience is a key objective of the treatment because this facilitates the desensitization process.

The use of the customized acoustic treatment is combined with a collaborative counseling program that involves education, support, and monitoring over a typical 6-month period, while the total clinical time required is modest at around 5 to 6 hours per patient.

Integrating Treatment for Everyday Use

Patients are recommended to use the treatment for at least 2 hours per day for approximately 6 months. The acoustic stimulus is administered using a completely digital, Class II medical device called the Neuromonics Oasis (Figure 1). The portable device is designed to allow the patient to easily and conveniently integrate treatment into his or her day-to-day routine. It incorporates a usage log to allow patients to monitor their daily dosage, and to allow hearing care professionals to easily track patient use at regularly scheduled appointments.

Adults with a clinically significant degree of tinnitus disturbance and hearing thresholds that are no worse than moderate across the speech range in at least one ear are considered the best candidates for Neuromonics treatment. Patients with more extensive hearing loss—including those with usable hearing in only one ear—also respond well to treatment, albeit treatment usually requires a longer duration to appreciate full benefits.

The treatment has also been shown to be effective in improving loudness tolerance levels among patients with decreased sound tolerance, in addition to reducing their tinnitus disturbance and awareness.14 Such patients are commonly very challenging to treat effectively using other forms of sound therapy.

Neuromonics Tinnitus Treatment has been the subject of evaluation over a series of controlled clinical studies over the past 15 years. These studies have shown that the approach yields consistently positive results for tinnitus sufferers. One was a randomized, controlled study15 that compared the effectiveness of the Neuromonics Tinnitus Treatment to a counseling-only control group and a group that received bilateral broadband noise (set at the “mixing point”), plus counseling. It revealed superior clinical outcomes for the Neuromonics system relative to the other approaches.

A peer-reviewed study14 that appeared in the April 2007 edition of Ear and Hearing compared stage-related variants of the Neuromonics approach. The most consistently positive outcomes were reported with a two-stage protocol in which subjects had their tinnitus completely covered up while using the treatment for the first 2 months, then experienced intermittent exposure for the remaining 4 months of treatment. As a consequence, it is this protocol that is now being offered by specialist clinics around the country. Some highlights of the results for this protocol are described below.

Improvement in LDLs. Improvements in loudness discomfort levels (LDL) were also reported in this study. After 12 months, mean LDL improvement exceeded 10 dB. This is a significant result in light of the high prevalence of decreased sound tolerance among tinnitus sufferers, and the debilitating impact this condition can have on overall quality of life. As a result of this finding, further study is planned to evaluate treatment in patients with hyperacusis, or hearing sensitivity, who do not have clinically significant tinnitus.

According to an article in the March 2007 JAAA, and reported on in the April 26, 2007 HR Insider, almost 25% of the population has tinnitus, with 9.4% reporting moderate to severe tinnitus. The researchers concluded that “quality of life is diminished in participants with tinnitus, and the effect increases with severity.”

Overall outcomes. Achieving the above clinical end points translated into important quality-of-life benefits. Large improvements in sleep, relaxation, and general well-being were also reported by a high number of subjects. Furthermore, nearly all subjects found the treatment pleasant and convenient to use, and would recommend it to others.

Neuromonics Tinnitus Treatment is an effective, innovative, noninvasive treatment for adults with moderate to severe tinnitus disturbance. It features a convenient-to-use Class II medical device that provides customized acoustic stimulation in conjunction with a collaborative counseling program. It has been clinically proven to reduce both disturbance from and awareness of tinnitus over a relatively short period of time, doing so consistently for a very high number of suitable patients.

Myths About Hearing in Noise and Directional Microphones 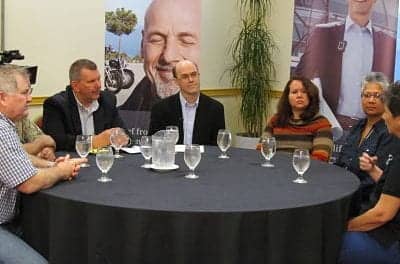 Off to the Races: Hearing Review Knowledge Summit Held in Sebring, Fla