What If Audiologists Didn’t Dispense Hearing Aids? A Comparison Between Québec and Ontario 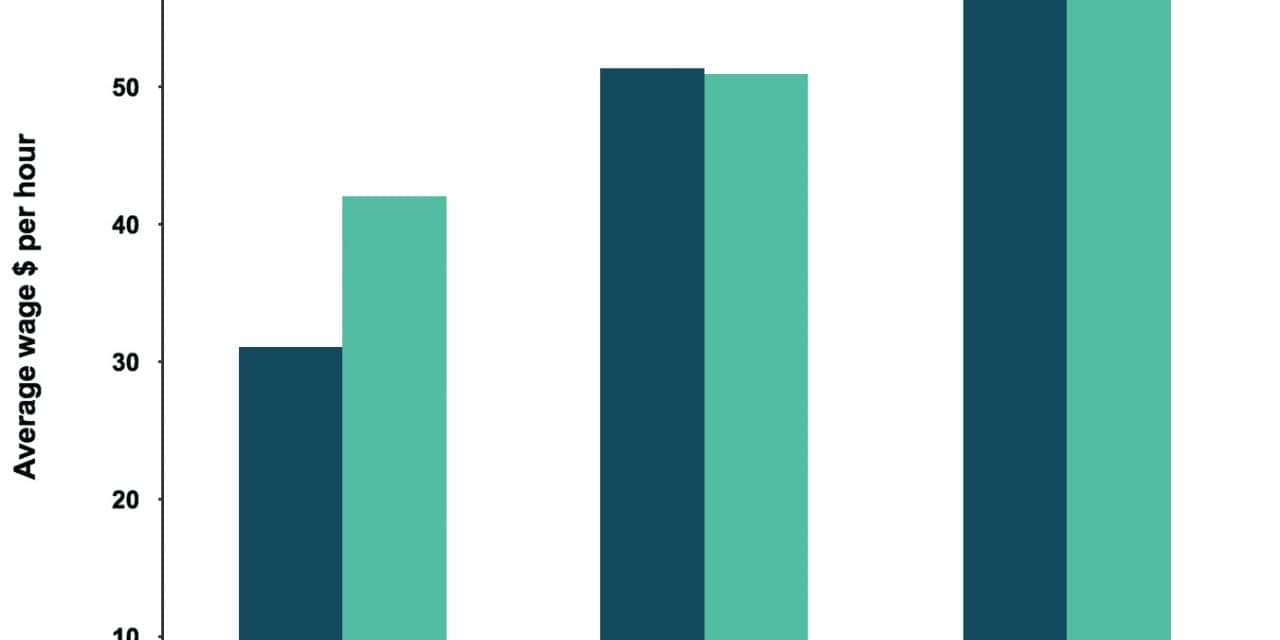 At one time, audiologists were limited in their activities to testing hearing and prescribing—but not dispensing—hearing aids. What if we could go back before June 1978 and see what the field of audiology might be like if the fork in the road that led to the dispensing of hearing aids was never taken by the profession? The contrast between dispensing models in Québec and Ontario provide some possible insights into what that “alternate future” might look like.

What would audiology look like if audiologists did not dispense hearing aids?

In the last few years, the landscape of audiology has gone through tremendous changes in Canada and the United States. Most notably, the marketing and dispensing of hearing aids has been the subject of ferocious debate. Active competition from “Big Box” retailers such as Costco, and the purchase of private clinics by hearing aid companies and/or consortiums, have put enormous pressure on the shoulders of independent clinic owners to survive and expand.1,2 This has led to debate over the question of bundling versus unbundling the cost of clinician services with the selling price of the hearing aid.3-5

These events have even led to discussions about audiologists’ role in selling hearing aids—a right acquired in the United States in a Supreme Court ruling that, in June 1978, indirectly forced the American Speech-Language-Hearing Association (ASHA) to lift its ban on for-profit dispensing.6-9 An intriguing question has emerged from these discussions: What would audiology be like if audiologists had never been granted the right to sell hearing aids?

Although it’s impossible to go back in time, this question can still be partly answered by what might be viewed as a case-control study. In fact, there exists one province in Canada—Québec—where audiologists are not allowed to sell hearing aids. Indeed, an amendment to a law prohibits audiologists from selling hearing aids, as this activity is restricted to hearing aid dispensers only. A thorough search of the existing literature and an interview with a historian specialized in the healthcare professions (J Prud’homme, personal communication, March 25, 2015) did not provide a clear understanding of how this right became exclusive to hearing aid dispensers. Nonetheless, from the adoption of the law’s amendment in 1973 to the present, the act of selling hearing aids has been restricted to only the hearing aid practitioner,10 also called “audioprothésiste,” in Québec. Still, audiologists are allowed and trained to take ear impressions and to fit and adjust hearing aids.

This article compares the profile of audiologists from Québec to audiologists from the neighboring province, Ontario. These two provinces are similar in size, have similar populations (13 million vs 8 million for Ontario and Québec, respectively), and both offer free universal healthcare programs.

Distribution of Audiologists by Sector

Of particular note, the number of audiologists is usually two times higher in Ontario compared to Québec (2011: 614 vs 295, 2012: 620 vs 321, 2013: 641 vs 335, 2014: 665 vs 369, and 2015: 724 vs 402, respectively).10-17 In Québec, the average percentage of audiologists working exclusively in the public sector—mostly hospitals and rehabilitation centers—was close to 60% over the last 6 years (Figure 1). When adding the percentage of audiologists with employment in both sectors (public and private) to the grand total, approximately 75% of audiologists in Québec depended on the public system for employment, either entirely or partly, over the last 6 years. This tendency was stable over the period of time between 2011 and 2016. Figure 1. The percentage of audiologists in each sector in Québec.

In Ontario, there is a completely different picture: from 2012 to 2014, 70% of audiologists worked primarily in the private sector. The private sector includes private practices (independent owners and employees), health-related business industries, and group practice offices. Less then a third (30%) of audiologists in Ontario worked in hospitals and rehabilitation centers (Figure 2). Figure 2. The percentage of audiologists in each sector in Ontario.

Salaries of Audiologists and Other Health Care Professionals

Average wage in dollars per hour was compared between professionals working in Montreal and Toronto—the two largest cities in their own respective provinces. The three healthcare professionals that were included in the analysis were audiologists and speech-language pathologists (as one profession), optometrists, and dentists. Dentists and optometrists were included in the analysis because they are healthcare professionals similar to audiologists in that they can sell products related to their field of practice. All data was extracted from the livingin-canada.com website.20-22 On the website, the salaries for the audiologists and speech-language pathologists are representative of the year 2013, and salaries for the dentists and the optometrists are from 2011. Unfortunately, salary data was not available for audiologists and speech-language pathologists separately. Even Statistics Canada includes joint information about the two professions and does not separate them within their database.

As shown in Figure 3, there is a difference of CAN$11.02/hour between the salary of audiologists and speech-language pathologists (SLPs) working in Toronto in comparison with those working in Montreal. This gap between Montreal and Toronto workers is non-existent for the optometrists which have a very similar salary of $51.3 and $50.86 per hour, respectively. Finally, the salary of dentists in Montreal and Toronto exhibit a small gap of $4.03 per hour in favor of dentists working in Toronto. Figure 3. Average wage (CAN$/hour) of audiologists and speech-language pathologists, optometrists, and dentists between Montreal and Toronto.

This comparison between Québec and Ontario in terms of the public versus private sectors and salaries yields interesting results. The first is the completely opposing distributions of audiologists by employment sector, with Québec audiologists working mostly within the public sector and Ontario audiologists working mostly in the private sector. Although this difference cannot be attributed solely to the activity of selling hearing aids in Ontario and not in Québec, the author believes this element is one of the most important. Indeed, the selling of hearing aids is the primary source of revenue in most audiology clinics in Canada and the United States.23 As audiologists in Québec cannot sell hearing aids, it can be presumed that most audiologists are not inclined to start businesses and clinics or invest their own money without hope of profitability. Most private practitioners in Québec are working in ENT clinics or hearing aid dispensers’ clinics, renting available equipment and performing hearing tests for ENT diagnosis or prior to hearing aid fitting by dispensers. There are only a handful of Québec audiologists who own their own clinics.

In the long term, this aspect could hinder the development of audiology services and thus affect hearing healthcare in Québec. Indeed, the increasing prevalence of hearing loss in the general population24,25 will likely result in a higher demand for audiology services.26 As almost 75% of audiologists are already relying solely or partly on the government budget for employment, one can presume that it will be difficult to meet the demand of hearing healthcare services considering tight government budgets resulting from a declining world economy.

This situation is already a reality in Québec: to the knowledge of the Québec Association of Speech-Language Pathologists and Audiologists (QASLPA), there have been no audiologist positions created in hospital settings or in rehabilitation centers in the last few years. Most positions available in the public sector are non-permanent: either maternity leave replacements or contract positions. Graduating students are thus looking for positions either in the private sector or elsewhere in Canada (or the wider world). Because there has not been any significant increase in the private sector from 2014 to 2016, one can speculate that graduating students are choosing mixed practice, leaving Québec, or changing professions.

In conclusion, the audiology profession is currently facing challenging times throughout the world, and the selling of hearing aids is often discussed in debates regarding the future of the profession. Lessons can be learned from the Québec experience, where audiologists are—uniquely in North America and probably in the world—not allowed to sell hearing aids. Although one cannot positively pinpoint causality, it appears reasonable this has led to insufficient development of private practices in that province and to lower salaries, at least compared to Ontario, a neighboring province. While the public sector in that province is probably one of the most developed in the country, with several rehabilitation centers and hospitals including audiology services, one might wonder if the growth of the audiology public sector is sustainable considering government budget restrictions and priorities.

This article was adapted from a paper originally published at www.canadianaudiologist.ca  (January 2017) and appears here with permission. Original citation: Fournier P. Not selling hearing aids and its effect on the audiology profession: A comparison between Québec and Ontario. Canadian Audiologist. 2017;4(1). Available at: http://www.canadianaudiologist.ca/issue/volume-4-issue-1-2017/ontario-quebec-comparison-feature/ Correspondence can be addressed to HR or Dr Fournier at: [email protected]

Original citation for this article: Fournier P. What if audiologists didn’t dispense hearing aids? A comparison between Quebec and Ontario. Hearing Review. 2017;24(7):26-28. 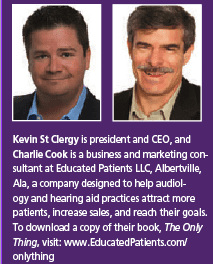 Is Your Practice Prepared for the Changes in the Hearing Industry? 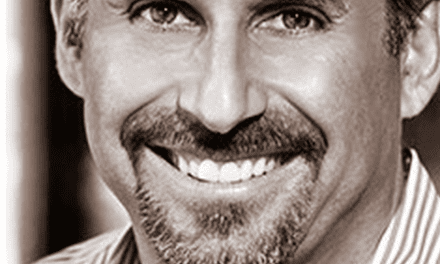 Cyber Attacks and How to Protect Your Practice: An Interview with Ridge Sampson of Sycle.net 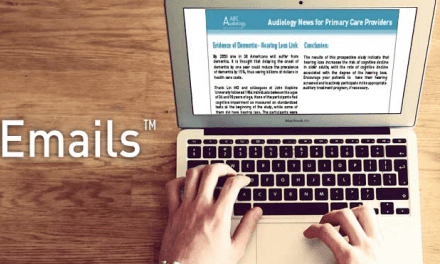